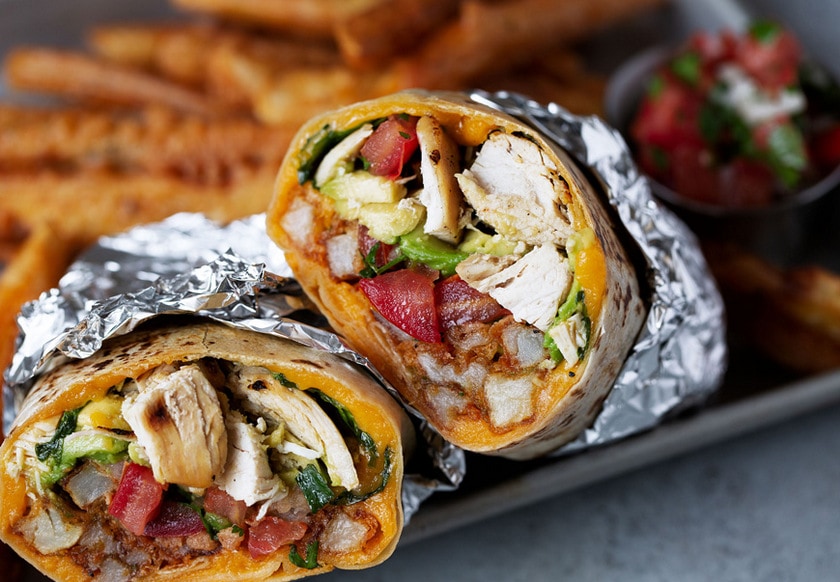 It doesn’t get more classic Californian than a California Avocado Chicken Burrito. This recipe brings a taste of this Oceanside favorite right to your kitchen.

Beverage Pairing: Try an American pale ale – its citrus and herbaceous notes will complement similar flavors in the burrito.

Kylie Mazon is the writer/ cook / photographer behind Cooking with Cocktail Rings. She grew up on the East Coast, but is now based in Los Angeles and loves to travel whenever she can. Taking inspiration from the food she experiences on her travels (or just dining out in LA), she creates delicious recipes that reflect cuisines from around the world. Kylie’s world has, and always will, revolve around food. As soon as she finishes one meal, she is planning the next.

Kylie is a brand advocate. Their content on the California Avocado Commission website and/or blog is part of their partnership with our organization.